Olympic gold medal hockey player Georgina Twigg MBE was the keynote speaker at Enterprise's IWD 2022 event at the European HQ. She spoke about how the women's hockey team won gold at the Rio 2016 games by focusing on shared goals and team culture. 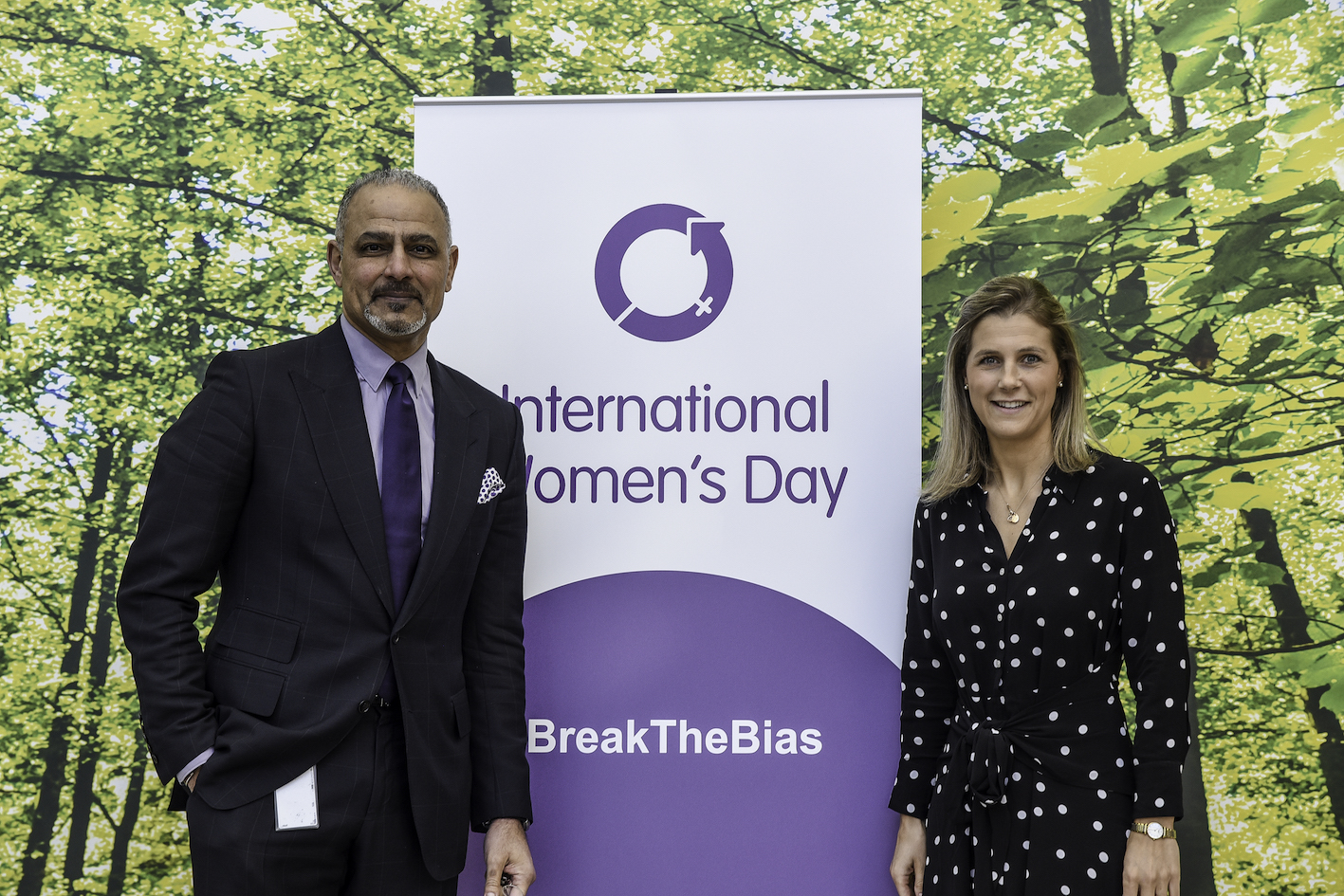 "I am incredibly excited to have Georgina Twigg MBE here with us today," said Khaled Shahbo, Enterprise's SVP. "She was a member of the gold medal winning women's hockey team in Rio 2016, in quite arguably the most exciting hockey match I have ever seen. And I have done nothing but watch hockey for 14 and a half years."

Khaled explained that both his daughters play hockey and that he is aware of the prevalence of gender bias in sport.

"The professional and international world of hockey is an inequitable environment as well," Khaled continued. "We know how successful our hockey women were in Rio, how successful our women hockey players are in almost every event. But, the men get a lot of press. It never really made sense to me as the women win all the medals." 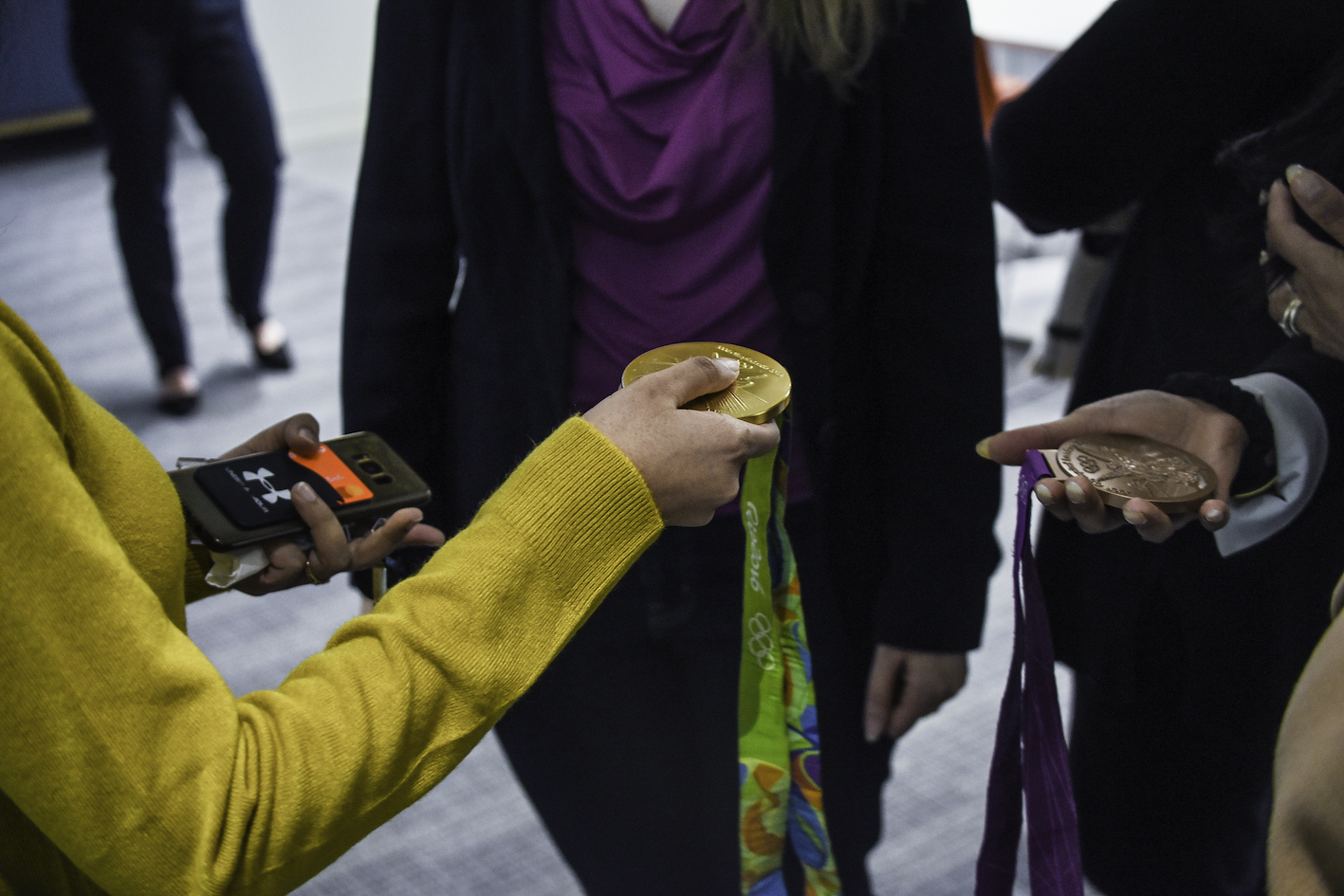 "As a husband and a father of two amazing young women of mixed race, I strongly believe that we must, regardless of gender, take action to level the playing field," Khaled Shahbo, Enterprise's SVP Europe said in his introduction to the IWD 2022 event at the company's European HQ.

"Whether it's in business or in sport, is the playing field always level? Biases, whether deliberate or unconscious, make it difficult for women to get ahead'" Khaled continued.

The theme of IWD 2022 was 'break the bias' and the event focused on the several types of bias that most affect women in the workplace. Performance bias incorrectly limits women's achievement by assuming women are less capable. Affinity bias because people naturally gravitate to people who are like them, which means white mean tend to prefer hiring and working with other white men.

Maternal bias, probably the strongest type of gender bias, which assumes that women, especially mothers, are somehow less committed to their careers and their endeavours. Attribution bias mean women receive less credit for their achievements and are blamed more for their mistakes. Likability bias makes it difficult for women with an assertive leadership to be respected as they are seen less likeable. Finally double discrimination intersectionality, when different types of discrimination overlap, is why women of colour often face a double bias both as women and as people of colour. 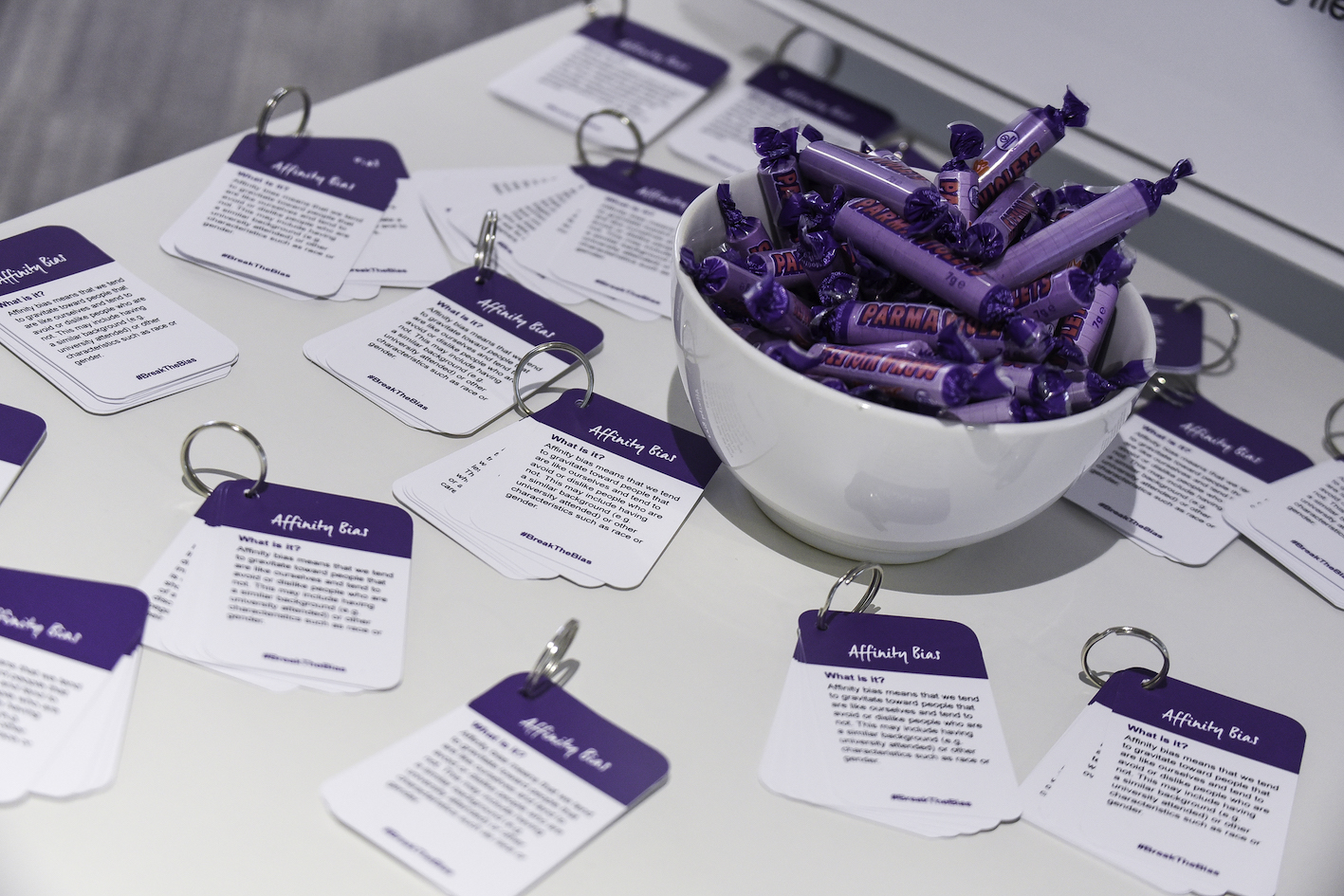 "I strongly believe that we must, regardless of gender, take action to level the playing field"

Event moderator Jennifer Koontz asked Georgina whether she had experienced any bias either at work or in sport.

"I've now qualified into the commercial sports world and that is a very male-dominated area," Georgina said. "This is particularly because sport is very dominated by males, so that is where the money is. At work I am often the only female on a call or at a meeting which is challenging at times, more so when you are a junior coming through the ranks. I've felt the questions being directed more towards the men in the room because you're the only female and the youngest."

This is where working for a business that is committed to breaking the bias can make such a difference.

"I'm lucky to work for a company that is challenging the bias," Georgina continued. "We have a global women's leadership programme which helps associates progress through their career and discuss the challenges they may face, say going on maternity leave and coming back. More than 50 per cent of our associates are females and only 25 per cent at partner level, so the question is how we bridge that gap. The conversations are heading in the right direction and we need to figure out how we help women stay in their careers and not fall away." 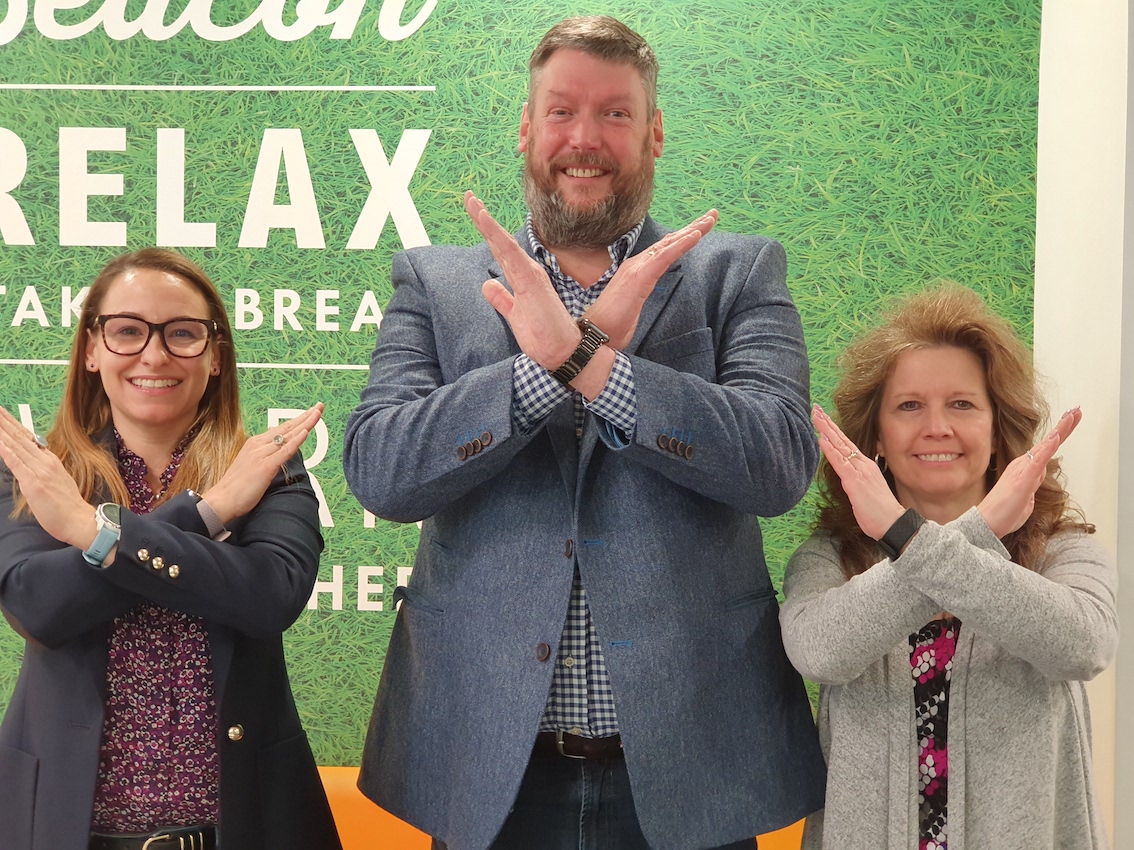 Georgina Twigg successfully juggled her time between training as part of the women's British hockey team and her studies. She was capped 147 times and was named best youngest women hockey player of the year award four times. Georgie officially retired from international hockey in 2017.

Jennifer: It's well-known that girls often fall out of sport before they reach they full potential. Can you tell us how you got into hockey?

Georgina: There can be such a drop off between school sports as women go onto university and then into the working world. I was lucky that I was progressing in a sport that I was passionate about. At university I was asked to trial for the GB Women's Hockey Squad and I was invited to train full time. The chance to train full time for the Olympic Games on your own home soil is not something that you turn down. I still get goose bumps thinking about that first match when we walked out with British fans screaming and my heart was pumping so much.

Jennifer: I'm sure your journey was not without its challenges - how did you turn those challenges into opportunities?

Georgina: The Olympics is eight games in 13 days, so our physical challenges were really tough. Two years out from Rio at the World Cup in Holland we lost the first few games and we completely self-combusted as a team. We ended up 11th out of 12, two years out from the Olympics. It was the lowest point in my hockey career. At the squad debrief at our training base we talked about all the things that were frustrating people. We thrashed it out, we cried. We decided that we would learn from what had gone on, and we would put that behind us when we stepped out of that room. We then appointed a new psychologist and we worked on our team culture.

Jennifer: Can you talk a bit about that team culture and the process that you undertook to rebuild it, going from 'rock bottom' to what we saw in Rio?

Georgina: Our psychologist led many discussions with the team around what we wanted to be: how we wanted to look and feel. Every single person participated in that discussion and we ended up creating our vision, values and behaviours. They were something that we had come to as a group collectively, and they drove our daily standards and made us accountable to one another.

Jennifer: Now as a successful lawyer at a top firm, how did you find that transition from competing in sport at the highest level to transitioning to the corporate environment. Do you think sport helped you prepare for a professional career?

Georgina: It was always important to think about what I was going to do after sport. I was very lucky that I was able to postpone my training contract as a lawyer until after Rio. Transitioning is never easy for any sports person, though having another challenge to go straight into certainly helped. There are so many transferable skills from a sporting environment into the workplace - leadership, team work, confidence and performing under pressure are just some examples.

Jennifer: Do you have any advice or tips that you would share?

Georgina: When I think back to those times when I felt slightly intimidated in a male-dominated environment, the most important thing is don't be afraid to speak up. Be confident, don't be afraid to ask questions. I remember when we had difficult conversations in hockey: now I give myself that pep talk. All of the partners in my team are male, so I tell myself that I have every right to be there and to speak out.

"when I felt slightly intimidated in a male-dominated environment, the most important thing is don't be afraid to speak up"