My dad had been a chief executive and so had my cousin. Even at university I’ve always taken the lead. I’ve worked since I was 13, in my dad’s business and other jobs. I learnt that the more you put in, the more you get out.

I met Enterprise on campus at a careers fair where the rep really sold the company to me. It sounded like Enterprise was a company that rewarded hard work, focusing on career development and personal progression.

I started as a Management Trainee at Barnsley which was very close to my home. I passed the MQI in nine months and the day after I successfully applied for an Assistant Manager job in Sheffield.

I loved the responsibility, the chance to step up with a small team. Everything I had learned in the MQI was put into action straightaway.

I had a lot of support from branch managers in my area and my team from Barnsley. I knew I could always call someone for help.

At Enterprise we are very good at supporting one another, because we’ve all walked in the same shoes. Everyone has faced the same situations, issues and challenges. In other organisations, not everyone has done your role so they may not know what you face.

Promote from within is very special. Speaking to friends in other businesses, I can see we get more support. There is more empathy, for the good and difficult times. They know what each staging point in your career means to you.

The next step was promotion to a seven-day city centre operation and then I returned to my first branch in Sheffield as branch manager on my two-year anniversary. After six months I got promoted back to the seven-day branch – in charge of the highest transaction volume branch in the group. I stayed there until I got promoted to area manager.

It really helped to get the experience in both branches as an assistant manager and then as a branch manager, starting at a smaller branch with a smaller team. At the larger branch, I led 11 people, seven days a week, responsible for their performance and their development even though I was 23 years old.

"At Enterprise, everyone comes fresh on the graduate scheme. It’s a programme that makes clear that no one is judged"

I like to think that I am quite mature. I also know I can rely on my peers – branch managers, mentors – when I lack experience. I can bounce ideas with them and get advice. I always know that I will get time and support.

At Enterprise, everyone comes fresh on the graduate scheme. It’s a programme that makes clear that no one is judged. You’re always reminded that you’re learning and that not knowing is ok. It is fast paced, and you have to learn quickly, but there is always someone to help. Everyone is developing. I never worried about asking something that I didn’t know, even in front of my team. There are times when you get things wrong – we fix it and make sure that it doesn’t happen again.

I felt confident that I was ready for the Area Manager role. My team was doing well and that made me feel that I was ready. Ten of the 12 people at the seven-day branch have now been promoted, which is a good feeling. It sent a signal that if we were getting promoted, performing operationally and financially, then it was the right time to move on.

Building relationships is important at Enterprise. Applying for the area manager role meant contacting a lot of people in the area – branch managers, assistants, area managers. It was Covid so the application process was a great opportunity to catch up on what was happening, think about my goals and the people in the area, learn about how the business was performing. 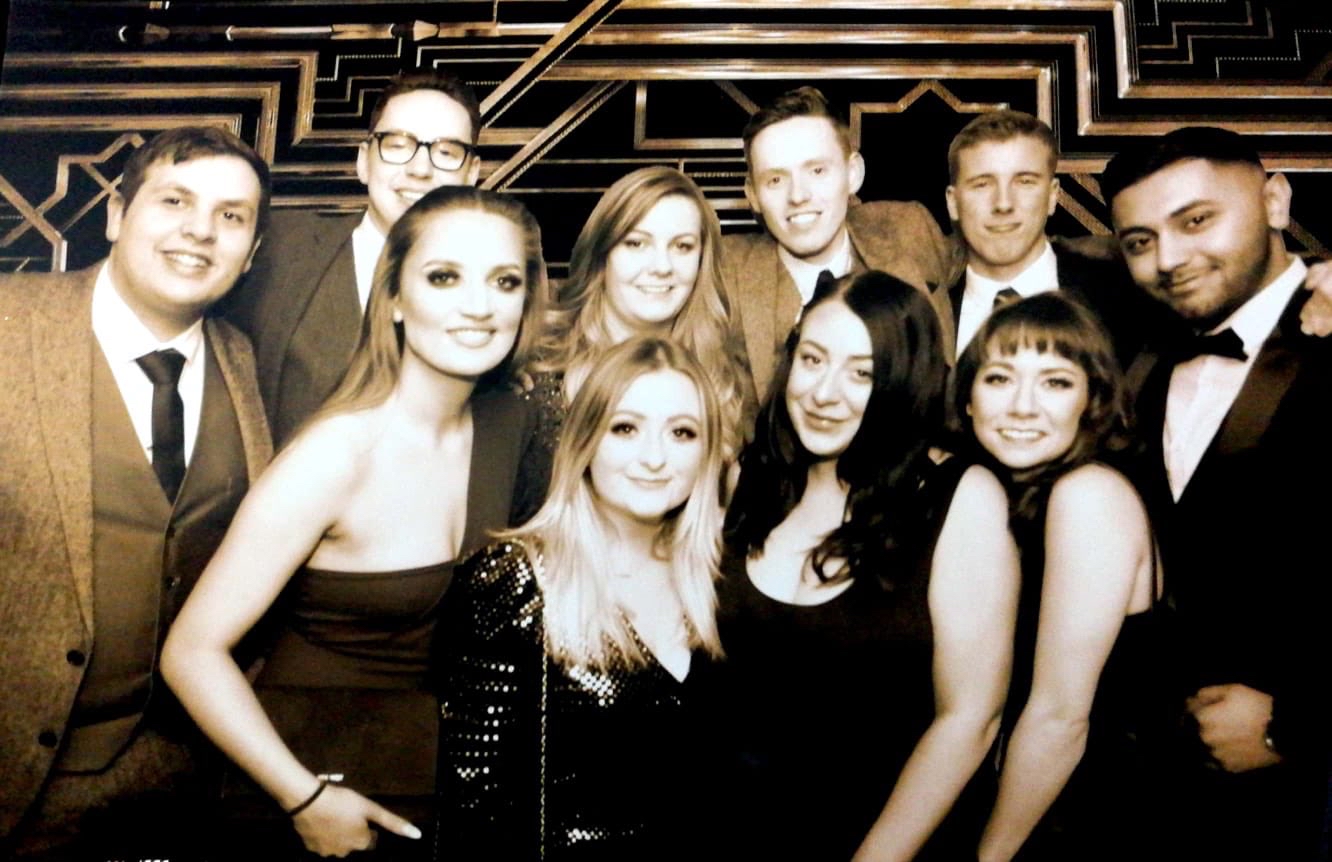 Abby (centre front) on a night out with her branch team

"I want my team to be working in the same direction across the branches. We focus on people – we engage, we develop, we get to know people"

Being an area manager is a very different role. I’m not sure what I expected.

Being a branch manager is a very close relationship. Now I have five branch managers as direct reports and a team of 35 people across five locations who I see once a week. I need to make decisions about how to communicate. What is the issue, what is the best approach? Is it a one on one in person? Is it an email to the whole area? Is it a post on a WhatsApp group?

I want my team to be working in the same direction across the branches. We focus on people – we engage, we develop, we get to know people.

Individual success is my main criteria. We are all career minded. We are all looking for the same competencies. We all want to be the best, to be top achievers, we all want to support each other. There is also a real mix of personalities and they each bring different ideas.

I’ve focused on the diversity of my branch team in terms of gender and ethnicity. We’re all from the same area – we get diversity of ideas and approaches.Women in leadership is very important to me. I know we will be successful with a very diverse team.

My sister is deputy head at a special needs college, and she has a similar team ethos. I sometimes think what it would have been like if I’d been a teacher, though as a very competitive team leader I am very suited to a career at Enterprise.