Ryan Johnson was recently appointed Managing Director UK & Ireland. DRIVE's Emma Grant met him to learn more about his background, his career at Enterprise, and his personal interests. 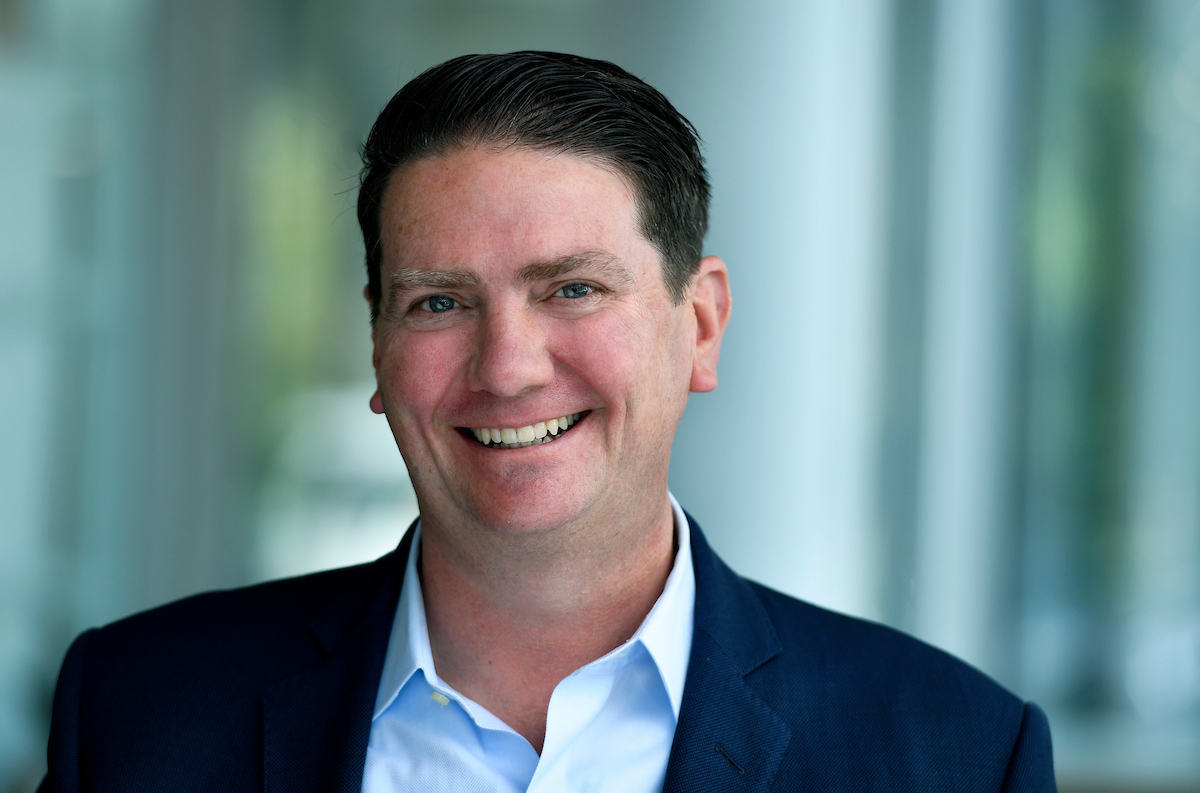 Where did you grow up?

I was born in Chicago, and we moved around quite a lot with my parents’ work. I didn't live in the same house or go to the same school for more than two years running until I was 17 years old. Then we settled in California.

What was your childhood nickname?

I went by RJ or Rye Bread.

What did you want to be when you grew up?

First an athlete, and then a lawyer as I like to debate - then a doctor. Then I realised that would be too many years at school!

Do you have a middle name?

If you could host a dinner party for anyone dead or alive, who would you invite?

Michelle Obama, for all the obvious reasons. Mohammed Ali because he has a real level of greatness in his career and his life. He had an amazing passion, and took risks to do what he believed in. Will Farrell because he is really funny and would make a great guest*. Thomas Eddison because he was a true innovator.

Finish this sentence. I'm committed to DE&I because…

I think the most powerful thing you can be is your most authentic self. When people can be their true selves and are given the specific support they need to thrive, that is when real success can happen.

Of what are you most proud?

My family: I’m a husband and a father first. I have twins who have just turned 16 and I am very proud of their achievements.

What’s something nobody at work knows about you?

I was badly burned when I was seven years old and spent a year in a wheelchair. I missed a lot of school as a result, and I became very shy. I found it hard to meet new people. Moving around a lot as a family helped me become more confident.

Soccer! We support Chelsea as a family.

You have a weekend off: city break or countryside escape?

I love both but as I’m in the city quite a lot anyway, I’d choose the countryside.

What are your hobbies?

Doing things with my family. We love walking the dogs. I sat on the board of the Humane Society of Missouri, and we have two rescue dogs which we got from them.

I’m a literature major so would have to say books.

What’s the most challenging thing you’ve ever done?

Move countries with my family in the middle of a global pandemic!

Can you play a musical instrument?

No. My kids play several musical instruments, but I can’t even clap in time.

Do you speak any other languages?

My dad always taught me to put others first - be both humble and kind.

Music concert – I must have been to over 250 in my lifetime.

How can our managers help our employees explore their full potential?

Our primary role as leaders is to help people know where they stand compared to others and to believe in themselves so they can achieve their ambitions. There is an assumption people will think the more confident candidate is more qualified, but this isn’t always the case. Be open and honest and encourage your team to talk about their goals early on. Make personal development conversations an everyday opportunity and help people understand what they’re capable of.

*Fun fact: Will Farrell applied for a job at Enterprise Rent-A-Car as a Management Trainee before he became an actor. He was interviewed by European HR Director, Donna Miller.