Day in the life of Jo Rogers

Ever wondered what it’s like working in IT at Flex-E-Rent? Drive reporter Rachel Clerkin catches up with IT Department Manager Jo Rogers to find out more.

It’s a rainy grey Wednesday morning in Shrewsbury and Flex-E-Rent’s Jo Rogers still manages a smile on her face when I interrupt her tapping away in the IT office.

Jo, a York University graduate with a degree in linguistics, now heads up the IT team for Enterprise Flex-E-Rent working very closely with both the US and European teams.

After university Jo’s career started working as a ghost at Disneyland Paris.

I quickly learn that there’s even more to Jo than a career in IT. After university Jo’s career started working as a ghost at Disneyland Paris. She explains that this was a great opportunity to meet and work with people from all over the world as well as her first exposure to what it’s like to work for a large multinational business. Jo finds it easier than many to learn new languages, she says, “Learning a language should be easier than learning to drive, it’s something we are born to do”. Being fluent in Spanish as well as French, Jo went on to spend a few years in Spain teaching English before returning to her home county of Shropshire.

When Jo studied linguistics, York University was highly ranked in the UK for computer science. This had always been an area that Jo enjoyed and her love of the systems, structure and patterns in language aligned nicely with the workings of IT.

Back in Shropshire, Jo started her IT career with Burnt Tree covering maternity leave in a helpdesk role, later applying for a permanent position before working her way up to level 3 overseeing the team and focusing on applications and infrastructure. 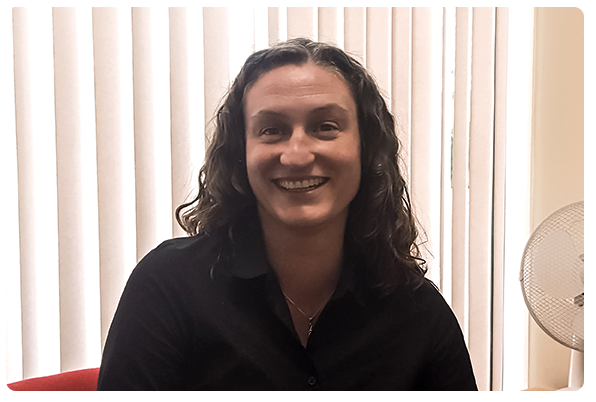 I went on to ask Jo how she found the time when Enterprise acquired Burnt Tree. She explained that having experienced many different scenarios in IT she had always been conscious that she would eventually experience an acquisition and had always thought Burnt Tree would be the company to acquire a smaller business so it came as quite a surprise. When Jo realised the differences between the two businesses she felt secure in her role and – and it helped that she had a warm welcome from both the European and US IT teams.

Jo now enjoys planning ahead for the future of IT – for the UK and eventually for Flex-E-Rent as a European brand. She explained that she sees IT changing. “As we move to cloud based technology, the business can turn its focus to its people and applications making it easier for us to expand.”

That’s for the future. Jo’s last word was very definitely about the present. She said people tend to plan and wish for the future though they may not like what happens today, she tries to live in the ‘now’ because right now is actually all we have.

Computer science had always been an area that Jo enjoyed and her love of the systems, structure and patterns in language aligned nicely with the workings of IT.