Bringing together around 60 employees from across the UK, Enterprise held its first summit for LGBT - lesbian, gay, bisexual and transgender - employees in March 2014.

Part of the company’s growing and evolving programme of diversity initiatives, the summit was a step towards ensuring an equal voice for all employees. Currently eight per cent of our UK workforce identifies as being a part of the LGBT community. We believe there is scope to do more on sexual orientation inclusion.

“Enterprise has been a Diversity Champion with Stonewall since 2011,” said European HR director Donna Miller. “Each year, we’ve featured our own employees in advertising for both Proud Employers and the Starting Out guide and we’ve sponsored Pride events across the country. We know that people perform better when they can be themselves at work.”

The day was seen as an important step forwards in the company’s programme to be a diversity leader. The two main aims of the event were to boost the company’s momentum towards improving LGBT representation in management and to provide leadership development and networking opportunities for employees.

Jenny White, a management trainee in Altrincham was enthusiastic: “I had an absolutely fantastic day. It really meant a lot to see how much the company I work for is committed to being more inclusive for both its current and future employees and customers. It was also great to get a sneak peek at Enterprise's new ad aimed at the LGBT community!”

Jenny applied for a position at Enterprise because of the company’s public commitment to diversity: “I truly believe Enterprise is leaps and bounds ahead of other companies and I feel lucky to be part of a business that is proud to promote itself as an LGBT employer. I felt completely comfortable coming out to my work colleagues.”

Lisa Gorley, an assistant manager in Edinburgh, said “It’s pretty forward-thinking of Enterprise to do an event like this. I was really impressed with how everyone contributed. A lot of people at the event were saying it’s something we haven’t really spoken about. It’s great to have it and to recognise that we’re part of this minority. It gave me an opportunity to meet a lot of people that I wouldn’t have otherwise who work in rental. It made me realise that I was part of that community and that I should be proud of it and not shy away from it.”

Why does it matter if you’re LGBT?

Lisa Gorley acknowledges that being LGBT should not make a difference, though it does: “In a sense you have to ask, why does it matter if you’re LGBT? But I suppose it does matter and until it stops mattering then it helps to have events like this.”

The day included presentations from Jim Burrell and Mike Nigro on the role of diversity in achieving business goals. Hazel Foley*, assistant manager in Newark, was struck by their participation: “With companies as large as Enterprise you can feel quite distant from people who are in charge, and whose names you see on the tops of emails. It’s good to see that people like Mike, Donna and Leigh were there and were interested in what we had to say in this area of diversity.”

Commitment from the senior team was as important as the opportunity to network with peers. Hazel said “I thought it was really good to discuss our own experiences with other LGBT members of Enterprise. Everyone has a slightly different story. Some people don’t mention it at all, but everyone knows. Some people take a long time to be open with their colleagues. It’s good to see how people had handled it at different points in their careers. It’s good to see that it shouldn’t affect your career in any way.”

What was it all about?

Lisa Gorley said: “The theme of the day was raising awareness of the work that Stonewall does at Enterprise and the opportunities that you would have open to you. It communicated that as an LGBT employee you might be in a minority but there are opportunities open to you.”

As a management trainee, Jenny White saw the event enabling Enterprise to demonstrate leadership by “bringing together LGBT employees and their 'straight allies’” and “discussing ways in which it can become even better at promoting diversity and becoming the car rental company of choice for the LGBT community.”

Hazel Foley agrees: “I thought it would be good to see what Enterprise was doing as a wider operation on inclusion. The event helps to spread the message on acceptance for LGBTs.”

Lisa agrees: “It hasn’t had a negative impact on my career and my experiences at Enterprise. I haven’t had any negative reactions to telling people about it at work.”

What does this mean to other (LGBT) employees at Enterprise?

Around 60 employees attended the event. What of other LGBT employees? Attendees felt the event communicated a message beyond the scope of the day.

And that message is that Enterprise is a place where you can be yourself.

Lisa Gorley said, “Enterprise takes people seriously. The company is very good at driving and promoting respect for all employees no matter who they are. If there are any negatives they will be dealt with very quickly, so be yourself and be confident. Be proud of who you are.”

Hazel Foley agreed, “You shouldn’t feel that you need to hide anything about yourself and that there are people you can talk to if you need support.”

Jenny White concluded. “I have not once felt uncomfortable coming out to other employees during my time at Enterprise. Enterprise makes it perfectly clear that they are a supporter of the LGBT community. I know that if I ever did have a problem relating to my sexuality at work then there would be plenty of fellow employees that I could speak to about it.”

* Unfortunately for Enterprise, Hazel Foley is now pursuing a career in the police force which was a long term goal. We wish Hazel the very best in the future and appreciate the contributions Hazel made at the forum and in this article. 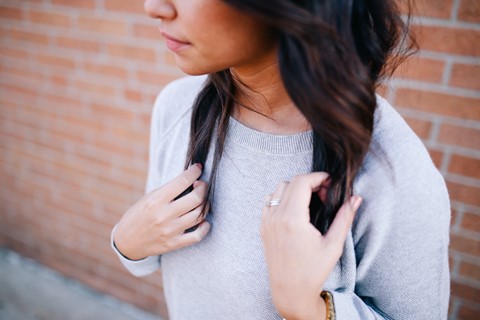