“We are only human”

Debbie Glover works in hire monitoring at EBS in Aldershot – this is her In My Shoes story.

“Both of my parents were in the military, and I have felt the effects of moving every few years and starting from scratch since birth.

“I swore off having anything to do with the armed forces until I met my husband in 2013. Just two years later he told me that he would be posted to Northern Ireland. I did not know what to think.  Did I move away from my family?  How long would we be there?  Could I stay behind?

“Back then we had to be married to even qualify for a military quarter, so in April 2016, 48 hours after we married, we were on the Belfast ferry. The IRA was still prevalent and as a military spouse, I had to adhere to rules about where I could go, what I could say, things I had to check, because of the risks. Once the barracks were put on lockdown as someone had put a pipe bomb under a soldier’s car.  Luckily it didn’t detonate.  I had passed that car a few minutes before the bomb was found.

“Shortly after moving to Ireland, we found out that we were expecting a child – and that my husband was deployed to Pakistan. I was now facing the possibility of giving birth alone. I moved back ‘home’ to my parents for the last two months of my pregnancy not knowing if my husband was going to make it back in time. Somehow, he managed to come back a week early and Lily arrived just before Christmas. 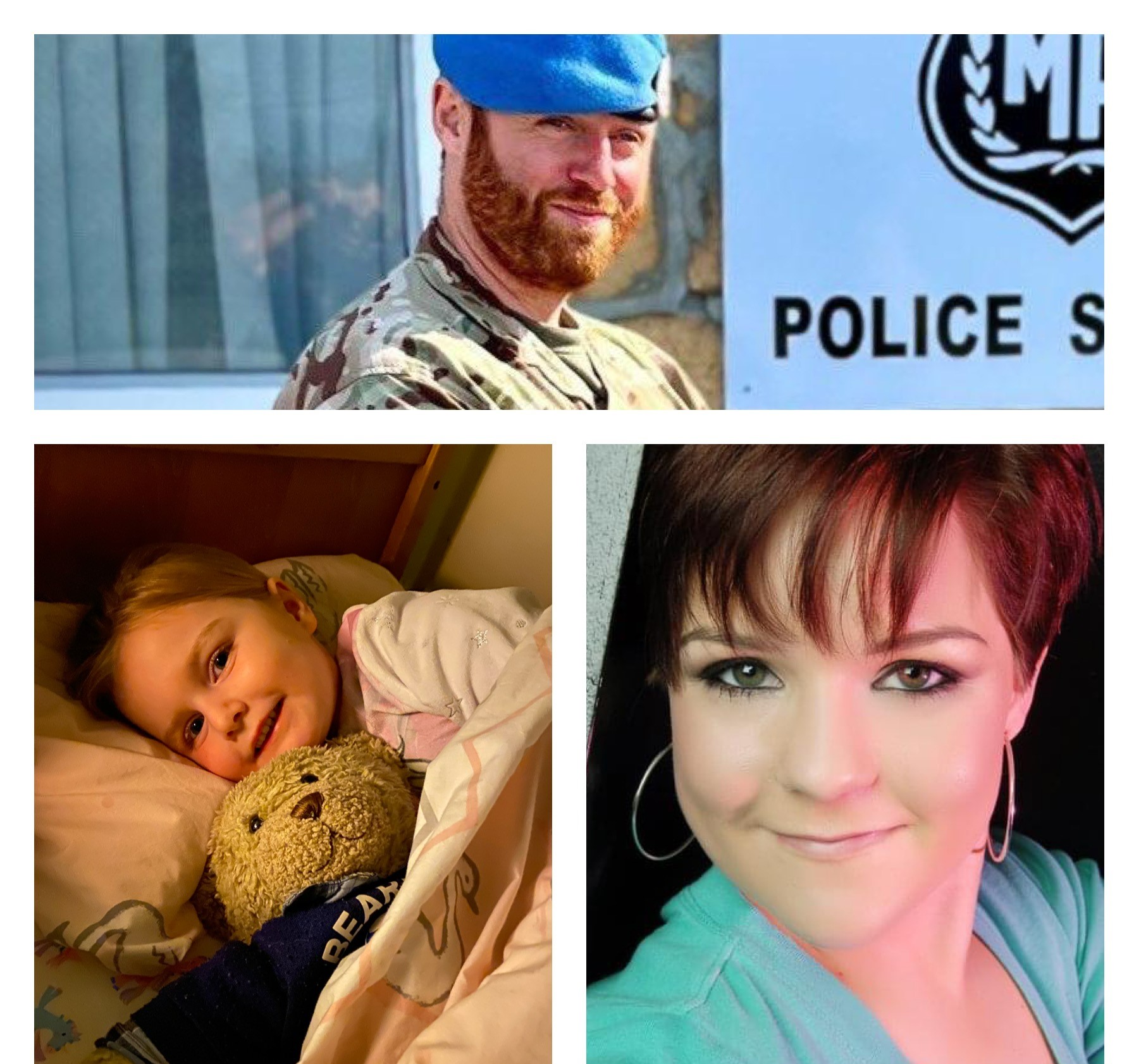 “I would encourage anyone who is struggling to reach out to friends, family”

“A couple of weeks later, we made our way back to Lisburn with our precious little bundle. Like many new mums, I suffered from post-natal depression, and I couldn’t get the help I needed.  Then after 17 months, we were given the joyous news that we were moving back to England.

“Our move to Winchester was one of our best deployments. We were not subjected to discrimination and bullying. There was never a time where we were not made welcome. I was even making plans to find a job and a nursery for Lily.

“Four months later, my husband was told that he had been promoted to Sergeant and that we had to move again, this time to Scotland. We stayed there for about 19 months. I was juggling two part time jobs and had been prescribed very strong anti-depressants. My husband struggled seeing my mental state and his own mental health was affected.

“This time he requested a transfer, and he was offered Aldershot, which is close to my in-laws.

“I immediately started looking for a permanent job and I was offered a position at Enterprise.

“I have felt so at home and welcome here! I’ve had the support I needed to get my mental health in order, and I had started competitive ballroom dancing again – my passion since childhood and something I had stopped in Scotland when things were hard. Lily was thriving at nursery and my husband was doing well at work.  Then COVID hit.

“I do not do well being cooped up in a small room, seeing the same four walls all day. My husband was deployed to Tunisia to provide close protection for the British Ambassador.  This was the first time that Lily was aware that daddy would not be around. Every week she would ask where daddy was.

“His original return date of December was pushed back because of COVID, which would have meant spending Lily’s birthday and Christmas apart.  My stress levels were high: we were in lockdown, unable to travel, restricted to our homes and we had no idea about when we would be together as a family.

“Thankfully, he came home just in time for Lily’s birthday. She was glued to his side for weeks.

“…as a military spouse I had to adhere to rules”

“Just after Lily started school, he had another deployment to Cyprus for six months, then he would be back home on the "high readiness team” which means that he might need to leave with a few hours’ notice and for an unspecified number of weeks.

“When people hear about my being married to the military, I get comments like “well, you knew what you were getting involved with.”

“Yes, I did. I knew that my partner would have to leave for months and that we would have to move every few years. What we don’t know is how far we must move, what we have to sacrifice, the friendships that would be tested and the effect on family.

“I would encourage anyone who is struggling to reach out to friends, family. Speak to someone – anyone! You are not alone. We are strong independent people who must deal with so much that life throws at us as well as the surprises that the military throw in our way. But we are only human.”